Psychology- Everything Must Go!

Battles are won before they are fought. Sun Tzu


When I was at school, a shop opened in our town going by the name Sport and Ski. Within a matter of weeks, the windows of the shop were filled with signs proclaiming that "Everything Must Go!" Imagining this to be a short lived opportunity to buy cheap trainers, we went in to see what bargains were on offer. Whilst history does not record what we bought, Sport & Ski thereafter refused to close down whilst constantly proclaiming the retail equivalent of the End is Nigh. After a while, the place became a running joke between us. It was still trading in all its neon sale sign "about to shut down" glory some years later when we all left school and went off to University.

Sport and Ski came back to mind recently as we were all together again back in our home town. We were intrigued as to whether over a quarter of a century later it was still there. It was not. It had finally shut its doors.

The art of retail is to maximise your profit from your period of trading*. That might mean making big profit on a few items, upselling from a less profitable item to a more profitable one or maximising turnover so your slim profits from lots of items aggregate. Sport & Ski used similar tactics to a number of retailers today. Lure people in in hope of a bargain and sell them something they really want at a greater level of profit. Repeat. It clearly worked as they managed to trade for a lot longer than we ever expected them to.

When it comes to investing in shares, it is really important to start with a plan. That plan might be described in different ways, but at its essence it should be the same. You need to maximise your profit from your investment. Otherwise it's a very expensive hobby.

How you execute your plan might differ however. You might take a riskier approach in the hope of making a lot of profit very quickly. In doing that however you run the risk of all your capital dwindling fast. Few sensible investors go this way. The best ones seem to have the gift of growing their capital over the years and harnessing the wonderful power of compounding. Thousands of years ago, the writer of Proverbs in the Bible said Dishonest money dwindles away, but whoever gathers money little by little makes it grow. (Proverbs 13:11). It's good wisdom.

In my view, a key aspect of your plan should focus on when to sell. It is important that you have laid down your plans for this before you invest. If you make it up as you go along, you have a much higher chance of failure. One of the very best recent books on this is The Art of Execution by Lee Freeman-Shor. It's very readable and I will write a review of it soon as I like it so much.  The lessons are great, albeit hard to implement unless your work hard at your own psychology.  I'd like to offer  a couple of examples of bad and good experience of implementing a "when to sell" strategy from my own experience.

About three years ago, the business I was working for was acquired by a larger company. As will be familiar to anyone who has been part of something like this, you tend to get approached by various people looking to help "invest" your presumed new found wealth. I received such approaches, albeit had any of them asked the killer question- namely did you make any money out of the deal?- they would have found out that I didn't. Not a single penny.


Nonetheless there was a particularly dogged firm of brokers who persisted and in a weak moment I agreed to allow them to manage a small chunk of my ISA on an advisory share tipping basis. I'd been developing my strategy of share investing for about 5 years this point with reasonable success, however had always wondered if I might do better handing it over to a "professional". Here was my opportunity.

They came up with a bunch of "tips" which I ran carefully through Stockopedia before committing. They then bought about 4 positions, charging a handsome "brokerage" fee each time.

It was bad timing in the Market. Two of the tips sank fairly dramatically, (dropping below 30%) one flat lined and the final one appreciated to about a 20% gain. The broker rang me and to my surprise was only interested in selling the winning position. He remained silent on the two losers.

His argument was that on a technical basis, the 20% gain was about as far as he would expect it to go. I was best to sell and reinvest the proceeds in his latest exciting tip. I followed his advice, but calculated that after deduction of both entry and exit fees I was left with about a 13% gain. Hardly great.

The replacement share did OK, gaining about 15% but by this point in time I'd had enough. One of the losing positions has sunk to below 50% and the other one was approaching 35% I decided to cut my losses and move the shares away from the broker. Once I had control, I swiftly sold down the two losing positions, kept the flat position (which by then had shown a slight upturn) and ran profits on the 15% gain. I still own the two positions I kept to this day and both have appreciated nicely (one is well over 70%). The two I sold have since sunk further.

The lessons here? The broker had advised me to snatch at profits too fast and had not advised me to protect my downside. I kept an eye on the one I sold for gain and to my annoyance it had kept rising. I would have done much better selling the losers as -20% and buying the one that he tipped to replace the losers. In following poor strategic advice, I had failed to protect my capital. I had run my losers instead of my winners. The Plan of "maximising profit" had failed.

Thankfully since I took control of my ISA and followed my Golden Rules, I have had a much happier time of it. One of my rules was executed this week and saved me an unfortunate loss of profit.

I bought Avast (AVST) at £3.49 in August 2019 and rode them all the way up to £5.41- a 50%+ gain. When they had reached £5.15 I put in a 10% trailing stop loss at £4.65. At the start of this week (27 Jan) some adverse reports started circulating and these quickly translated into large share price drops- they were down at £4.81 by Tuesday evening and had crashed down to £3.95 by Thursday evening. Fortunately my stop loss got me out at £4.65 with a tidy profit of 34% (including dividends) in just 5 months. At the time of writing (1st February 2020) they sit back at £4.25, having staged a small recovery. There seemed to be decent support at £4 (funny isn't it how these supports sit at arbitrary round numbers?) so well done to those who spotted an opportunity there. I won't be re-entering this share until I'd revalued it and weighed up the risks.

I like running profits and would regard a 34% gain as being lower than I would usually take profits. Yet I am really happy with the gain here as I protected it above the current share price. As soon as the mood music changed it was important to react. Had I not had an automatic stop-loss in place, there is a fair chance I would have held on, perhaps being panicked out below £4 and giving up half my gain.


I had a plan here. I made a decent profit and have preserved capital to fight another day. Sport and Ski survived for many years beyond which they should have done because they had a plan (unconventional as it may have been at the time) and stuck to it. In both cases, profit was maximised due to planning. By contrast, the brokers I used did not appear to have a particular plan and I suffered.

Psychology is under-rated. The more you stick to rules and allow them to govern rather than emotions in the situation, the more successful you will be as an investor.

*This blog is published subject to this disclaimer which you must read and which you are deemed to accept if you carry on reading.

Popular posts from this blog

March 14, 2020
The most important condition for the emergence and continuation of panic is a feeling of entrapment with an impending threat.Enrique Quarantelli (The Nature and Conditions of Panic)
As I sit writing this* on a Friday evening in March 2020, the World seems in meltdown. The words above of Quarantelli seem almost prophetic and the man even has an Italian name. Entrapment is particularly apposite. We know high risk elderly people who are planning to “self-isolate” for months. Many businesses have asked their employees to work at home for an indefinite period. In the UK we all know the threat is coming and will peak in coming weeks and months. It is scary and induces worry.
Thursday March 12th 2020 should have seen horse racing at Cheltenham jostling for attention with the peak day of the largest world property shown in Cannes. The horses were far from the headlines and the property jamboree was cancelled. The reason? The threat of Covid-19/Corona Virus had induced full on Market panic. Th…
Post a comment
Read more

May 09, 2020
Our favourite holding period is forever (Warren Buffett)
Like many of you I suspect, I tuned in* to to hear the latest pronouncements of the Sage of Omaha last weekend, as Warren Buffett gave his verdict on the situation in which we now find ourselves. Even at the age of 89, Buffett's analysis remains as sharp as ever.
There were three themes that struck me:
Confidence in the American Economy long-term For regular readers of his letters to investors, this is a common theme. That is why for many investors he advocates considering investing in a simple Index Tracker of the S&P500 as opposed to betting on individual shares. He is a big fan of the ingenuity, creativity, diligence and resilience of the US economy . It is encouraging to see that this latest crises has not shaken his view.The importance of cutting losses He admitted mistakes in his recent purchase of airline stocks- and in his case it wasn't just three grand of Easyjet (EZJ) shares. When you take 10% stakes in the …
Post a comment
Read more

Psychology -Remembering the Golden Rules and a Salutary Tale

January 25, 2020
The risk of not having an exit plan is that you become a hostage to some destructive cognitive and emotional pressures. These unseen and sometimes instinctive influences can be a drag on your portfolio and may even make your best investments turn sour.Ben Hobson (Stockopedia)
Some years ago, I spent some time with one of the leading companies in a notoriously cyclical industry. This particular company had managed to consistently deliver market-beating returns, performing particularly well during a major downturn. I asked them what their secret was to beating the competition?
Their answer? We understand risk like none other in this industry*.
The secret to big gains in any business is a mixture of luck (often right place right time) and the ability to take a bigger risk to deliver a bigger return. This company spent an inordinate amount of time analysing all of the risks of a project. Once they had done this, their greater understanding enabled them to enter projects that the competit…
Post a comment
Read more 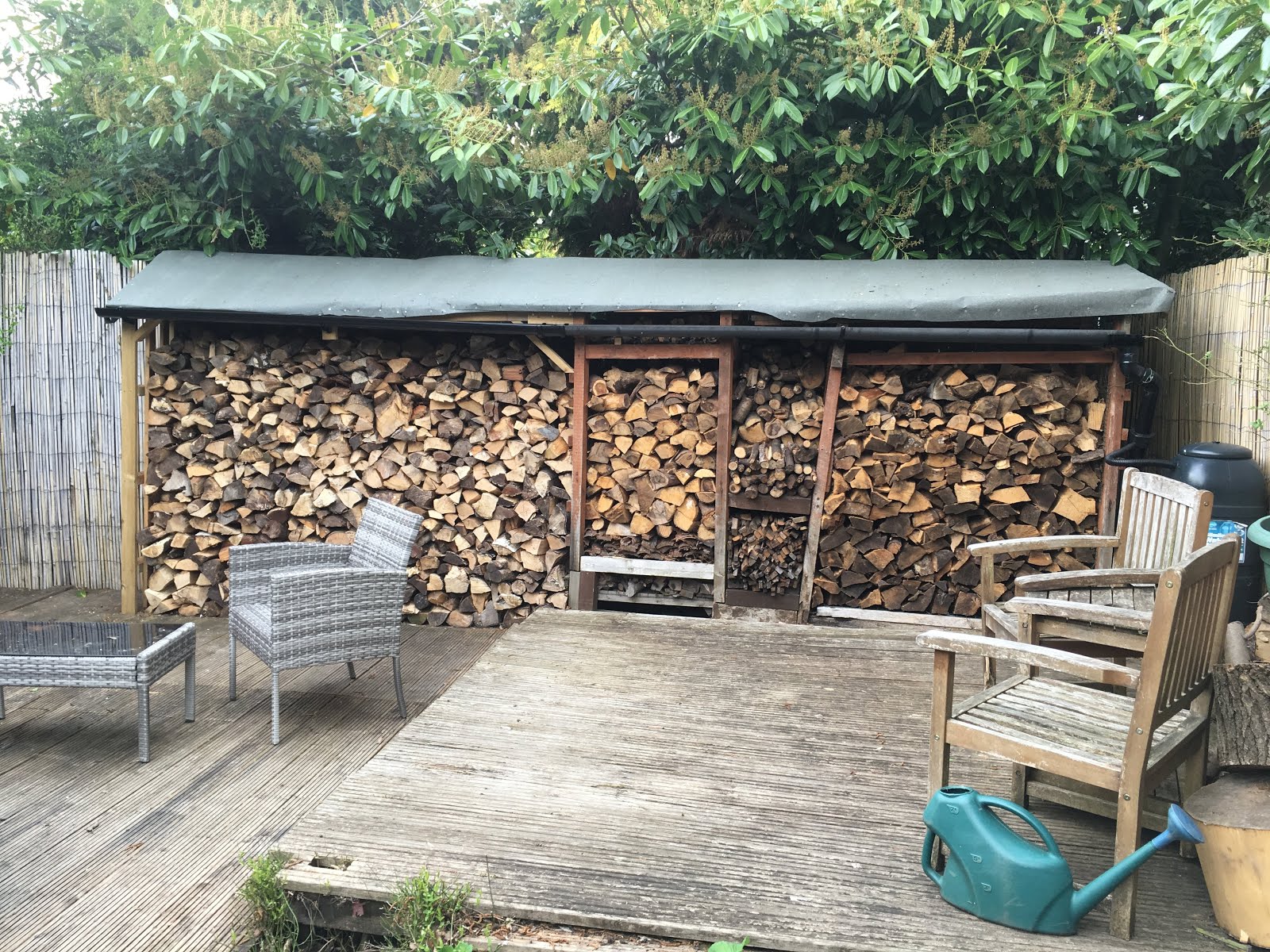 Share Chap
I have a normal job and am an ordinary investor. For some time I've talked to people about my share investing and (to my surprise) I've found people to be quite interested in learning more. I've always enjoyed teaching, so this blog is set up to educate.